Indian missionaries being commissioned to take the gospel to the unreached people of India!

One Voice Publishers, publishers of the One Voice Hymnal Collection, is pleased to be partnering with One Voice Mission Partners of Colorado Springs, CO to equip native Indian missionaries in northern India who are raising up worshipers of Jesus Christ among India’s unreached peoples.

WHY INDIA? India is the most unreached nation with the gospel on earth. Of her 1.3 billion people, over 1 billion Indians are Hindu and less than 30 million are Christian. With its 33 million gods, Hinduism is the most idolatrous religion in the world. In the midst of this darkness, there is a courageous group of people, transformed by the gospel, who are committed to carrying the message of Jesus to the masses of northern India.

It is a common sense decision for OVMP to support native Indian missionaries. Unlike westerners, these men and women do not need language and culture training. They can be efffective with the gospel now. They can also be suppported for less than 5% of the annual cost of a western missionary. And they are some of the most courageous people for the gospel in the world.

It is an honor to stand shoulder to shoulder with heroes of the faith like Bansipal (photo above right). Here is a servant of Jesus who has been jailed and beaten many times for the gospel’s sake. Bansipal has permanent hearing loss from numerous beatings to the head, but he is undeterred. He cheerfully continues to win souls, plant churches and disciple others! 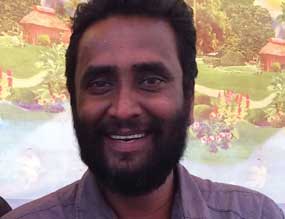 Our prayer and desire is to see our investment in native Indian missionaries yield 100,000 new believers in central and northern India by 2025.

A PLAN TO FUND OUR MISSION

In 2016, OVMP launched a monthly donor initiative to support native Indian missionaries and help fund our goal along with other One Voice Mission initiatives.

For just $35 per month, ($420 per year) or $1.17 per day, OVM Partners are equipping native Indian missionaries who are piercing the darkness of northern India with the gospel.

Become a One Voice Mission Partner and be part of reaching 100,000 Indians for Christ in northern India by 2025.

BECOME A ONE VOICE MISSION PARTNER FOR ONLY $35 A MONTH!

Type 35 in the box below and hit the GO button. Fill in your information in the secure form and become a One Voice Mission Partner reaching the unreached of northern India for Christ. 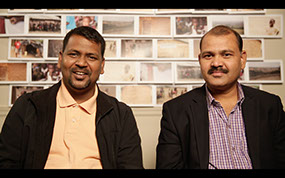 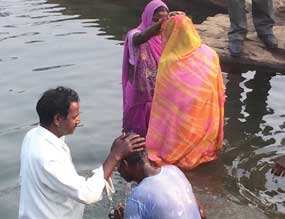